Get a fresh start and the tools to get a job with the Limited Service Volunteer (LSV) course.

"If you want to improve your life, be more motivated and find a job, then LSV is one of the best courses you can do." 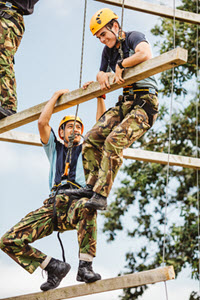 LSV is a voluntary and free 6-week training course. It's run by New Zealand Defence Force and supported by people wanting to work with you, including Police.

You'll live on an army base which will be in either:

In most cases, you'll go to the base closest to where you live but this isn't guaranteed.

You'll meet new people and take part in a range of activities to:

We'll support you before, during and after graduating from the course.